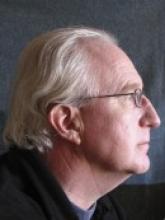 Ancestry.com wants you to swab your cheek and send them a DNA sample and a check.  In return, they promise to tell you who your remote ancestors were.  Eminent literary scholar Henry Louis Gates, Jr., performs the same miracle on national TV.  Modern genetic technology, they promise, can tell you intimate details about your family's past.  Professor Spickard's lecture examines the claims of the DNA ancestry testing industry, compares them to the assumptions and claims of the racialist pseudoscience of the late 19th and early 20th century, evaluates their validity, and suggests what may really be going on with this ancestry testing business.

Paul Spickard is Professor of History and Affiliate Professor of Black Studies, Asian American Studies, East Asian Studies, Religious Studies, and the Center for Middle Eastern Studies at the University of California, Santa Barbara.  He is author or editor of eighteen books and seventy-odd articles on race, migration, and related topics in the United States, the Pacific, Northeast Asia, and Europe, including:

·        Almost All Aliens: Immigration, Race and Colonialism in American History and Identity (2007);

This lecture is part of the seminar series "Race and Justice in Transnational Perspective," which is organized by Tanya Golash-Boza, Nigel Hatton, and David Torres-Rouff. The event is co-sponsored by the UC Center for New Racial Studies, Sociology, and SSHA.