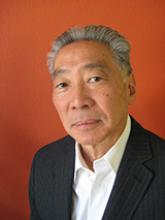 The dominant racial ideology of colorblindness in the United States holds that the most effective anti-racist policy, and practice, is to ignore race.  Issues continue to arise, however, that present a set of contradictions for colorblind ideology by "noticing" race.  On-going debates about racial data collection by the state and the "rebiologization" of race in biomedical research and DNA sampling illustrate, in different ways, the inherently problematic character of racial classification.

Michael Omi is associate professor of Ethnic Studies and the associate director of the Haas Institute for a Fair and Inclusive Society (HIFIS) at the University of California, Berkeley.  He is the co-author of Racial Formation in the United States, a groundbreaking work that transformed how we understand the social and historical forces that give race its changing meaning over time and place.  Professor Omi’s research interests include racial theory and politics, racial/ethnic classification and the census, Asians Americans and racial stratification, and racist and anti-racist social movements.  He is a recipient of UC Berkeley’s Distinguished Teaching Award --- an honor bestowed on only 240 Berkeley faculty members since the award’s inception in 1959. For Michael Omi's CV, click here.

The seminar series "Race and Justice in Transnational Perspective" is organized by Tanya Golash-Boza, Nigel Hatton, and David Torres-Rouff. The event is co-sponsored by the UC Center for New Racial Studies, Sociology, and SSHA.